Your Child’s Vision – Why You Should Be Concerned

Home/Children, Eye health/Your Child’s Vision – Why You Should Be Concerned
Previous Next

Your Child’s Vision – Why You Should Be Concerned 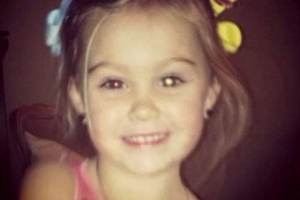 Facebook may have saved this little girl’s sight! This photo was posted to Facebook by her mother, Tara Taylor. It shows the smiling three-year-old, Rylee Taylor. Immediately, friends and family knew something wasn’t right. They suggested that she get the little girl into an eye doctor due to her white left pupil. An eye exam revealed that Rylee had a rare eye disease called Coat’s Disease, which can lead to blindness. The mother had no idea her little girl was going blind in that eye.

As eye doctors, we are very concerned with children’s vision for many reasons. Here are some of our concerns.

For these reasons the American Optometric Association suggests the following interval for eye exams:

Prior to their child’s first pair of glasses, many parents have been shocked at how big the letters on the eye chart have to be for their child to see them. This is why many states are now requiring all children to have a vision exam before starting each school year.

As parents we want to provide our children with all the tools they need to be successful. We purchase back-to-school pencils, backpacks, calculators, and clothes. We recommend all parents include regular eye exams also. If nothing else, it provides peace of mind that your child is seeing their best.